Plasma is the so-called 4th stage of matter (1. solid, 2. liquid, 3. gas, 4. plasma). A plasma is created by adding energy to a gas. As a result, the gas ionizes and various reactive species are formed.

Plasma medicine is a new field of application of cold plasma. Plasma is called ‘cold’ when the temperature is not far above the body temperature. Cold plasma is already widely used in industry to pre-treat and clean surfaces. It is also used to sterilize medical equipment. In plasma medicine, cold plasma is applied on or in the human body. A cocktail of reactive species is created such as ozone, nitrogen oxides and hydrogenperoxide, which are very effective in killing bacteria and stimulating cell proliferation and microcirculation in the wound. 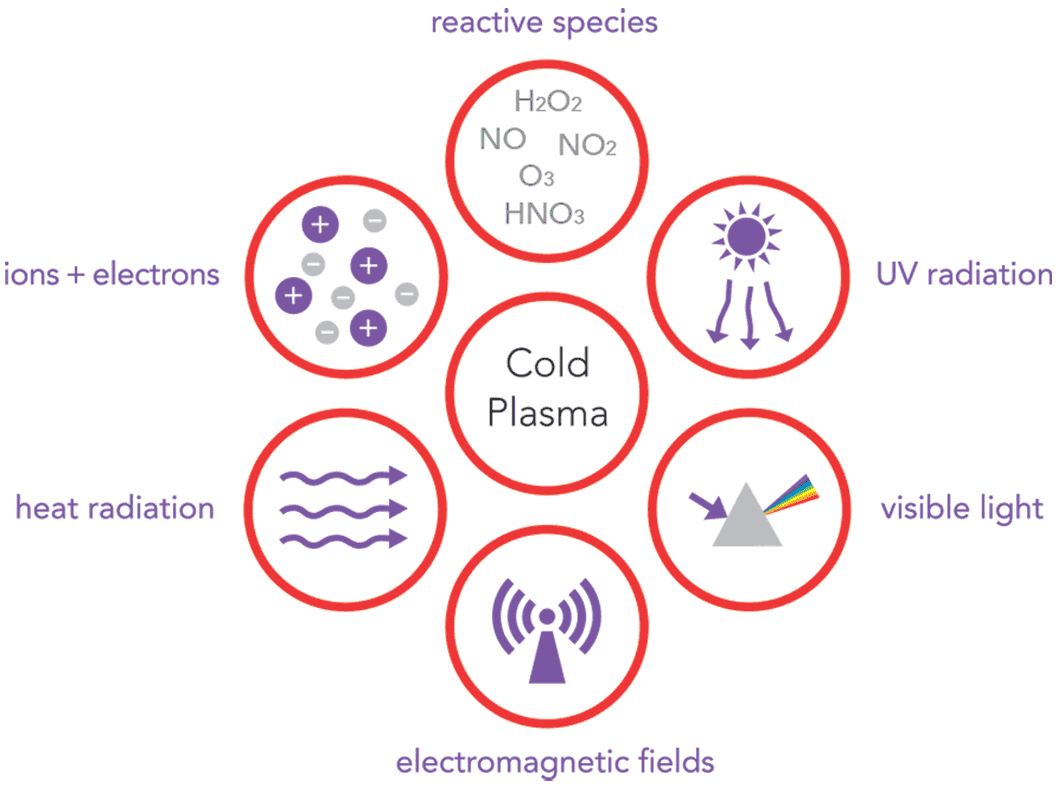 Plasmacure uses a direct plasma, where the entire volume between the Pad and the wound is filled with cold plasma, in a closed system. This is potentially the most effective type of cold plasma for wound healing for 4 reasons:

The basic principle can be seen in the figure opposite: the plasma is between the electrode and (here) the finger. 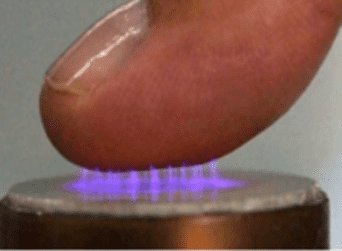 The medical benefits of a strong direct plasma for wound healing are:

Read more on the effects of cold plasma on wound healing and the results of a clinical study:

Transistorweg 5, 6534 AT
Nijmegen, the Netherlands